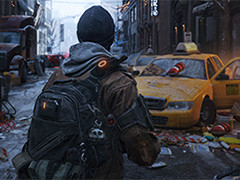 The PC version of The Division won’t be a simple port of the Xbox One and PlayStation 4 versions but a “high quality… full-fledged, optimised version”, developer Ubisoft Massive has said.

Talking about how the PC version will differ from the next-gen console versions, the developer reassured players that “Massive has its roots in PC development,” and that it is “working hard… to make sure that we have a very high quality experience on PC. You can be sure that our PC version won’t be a port, but a full-fledged, optimized version! We want to create the best game possible regardless of what platform you play on.”

It isn’t clear whether the PC version will offer significant advantages over the next-gen console versions, which are all expected to release in late 2014.

The Division was initially announced as a PS4 and Xbox One exclusive, but was later confirmed for PC following demand from PC gamers.

The game sees players fighting to survive in a post-apocalyptic New York City, teaming up with other players to scavenge resources and take control of territory.