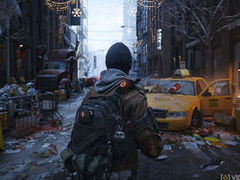 Console players don’t appear to be able to “disable certain lighting aspects” to improve The Division’s framerate after all, despite comments from a Ubisoft dev last month claiming that they would be able to do so.

We dived into the PS4 game’s Visual Settings earlier today looking for the option, but were met with the same options as those available in the beta, including the option to alter the game’s sharpness and enable/disable chromatic aberration. Other options in the menu simply appear to be linked to the game’s HUD. There does not appear to be an option to disable any lighting aspects or improve the framerate whatsoever.

Last month, an unnamed Ubisoft developer working on The Division revealed that console players would be able to improve the game’s framerate by altering settings, telling YouTube channel Team Epiphany:

“It’s actually great that we give the option to disable certain lighting aspects to improve framerates in the console versions, which I don’t know of another game that does that off the top of my head. So if you want to choose framerate over visuals, you can if you want.”

The PS4 version appears to target a 1080p/30fps framerate and resolution, although we haven’t yet been able to test the final Xbox One version. We have been able to verify, however, that the visual settings menu is identical across PS4 and Xbox One.

So what’s happened, and why isn’t the option to disable lighting aspects present in the final console release as previously stated? We’ve contacted Ubisoft for comment.