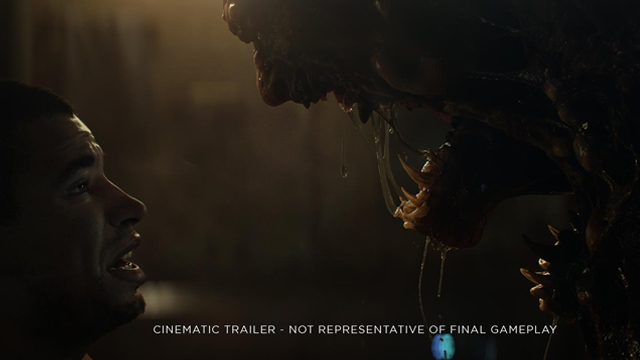 Striking Distance Studios has shown off the first cinematic trailer for a new survival horror the team is working on entitled The Callisto Protocol.

Studio head Glen Schofield—who left Call of Duty: WWII developer Sledgehammer in 2018—unveiled the game during last night's The Game Awards broadcast, and revealed that it takes place on Jupiter's moon Callisto (hence the title) in 2320. You're stuck in the maximum security Black Iron Prison and must escape after the place is taken over by an unspeakable horror that's been transforming the prisoner population.

If it all sounds a bit Dead Space-ish, that's deliberate, as Schofield revealed the studio has enlisted former Visceral Games general manager Steve Papoutsis who previously worked with Schofield on the Dead Space franchise when they both worked there.

The studio intends to show off more details on the game over the next year, with The Callisto Protocol set to launch "on PC and consoles" in 2022.