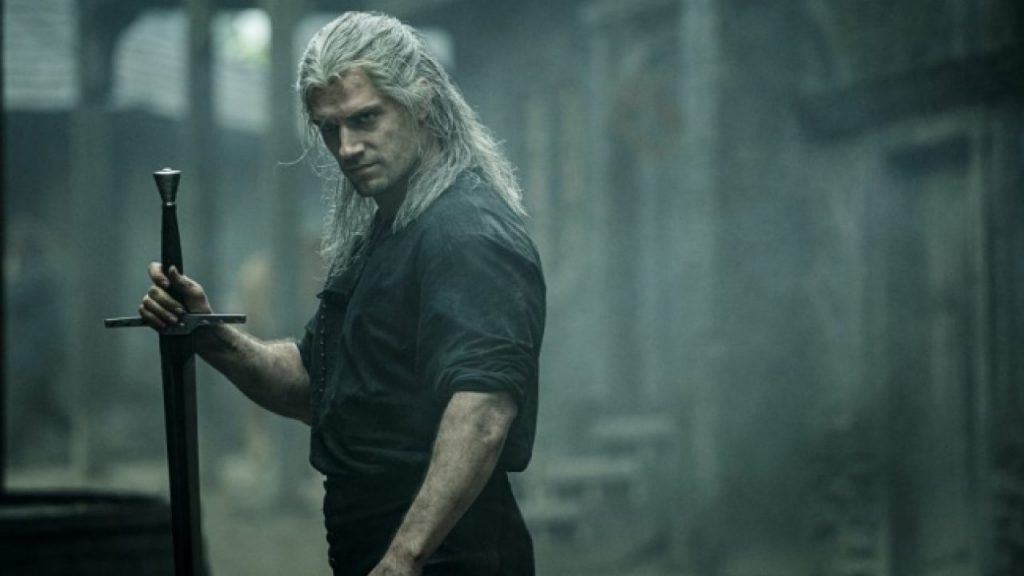 Updated on November 1, 2019 by Imogen Donovan

Did anyone else watch Walking with Dinosaurs? Most of the office have, and if you skipped out on the BBC mini docu-series, don’t watch it. Its CGI likely doesn’t hold up. Anyway, I remember Walking with Beasts more than I remember Walking with Dinosaurs. Set after the big lizards got exploded by the space rock, the animals in this series looked like nightmarish renditions of cats, dogs, chickens, and horses. I could just about work out what they would become, though I was slightly convinced that this was real telly and that the TV crew captured these creatures in a far-flung place like ‘Liver Pool’ or something. As an adult, scanning the Wikipedia pages of these animals, I now know that these extinct beasts were much worse than Walking with would let me believe.

The Andrewsarchus looked like a mistake, with sharp teeth crowding a jaw shaped like a sledgehammer. First impressions says it’s related to the wolf or perhaps one of the big cats. Nope, its an ungulate, which puts it in the same order as pigs, deer, goats, and sheep. If that thing ever decides to come back and visit the family, Wales is fucked. The Gastornis looks like Zazu from The Lion King, if he guzzled ‘tein shakes like a proper gym bro. These bright colours distracted young Imogen from the fact that this bird could snap, crack, and pop with its powerful beak and break bones to extract the marrow. I mean, it is now known to have been herbivorous, but the threat is still there. The Ambulocetus was a whale that rivalled the size of a sea lion. Whales are fine, right? They sing songs and float around the world like gentle giants, right?! No! Ambulocetus would lie in wait at the water’s edge and strike when its terrestrial prey paused to drink. A perversion of the whale’s pristine reputation that has no quarrel with humanity and has never eaten anyone, ever. I am so glad that none of these things are alive. Here’s the news.

The series has now got its proper trailer that tells us a little more about what to expect. The adaptation will be derived from the books and not the games, but Yennefer seems to possess a wonderful wardrobe just the same. Cavill of Rivia shows off his steely gaze and his steely swords, swishing and swashing through humans and beasts alike. He’s none too interested in the prophecy that says the world is doomed if he does not take Princess Cirilla of Cintra into his care, though. He might change his mind by the end. Also, the show looks like a standout that will cross the chasm left behind by Game of Thrones. There’s big battles, arcane and occultist goings-on, and glorious scenery all around. Geralt gets in the bath at one point too.

EA has set its sights on ‘exciting remasters of fan favourites’

EA’s Q2 2020 earnings call with its investors revealed a tonne of interesting tidbits. Firstly, the developer and publisher are eyeing up the possibility of remakes, in the same vein as the high-definition remaster of Command & Conquer: Tiberian Dawn. These would be announced within the next fiscal year, and CEO Andrew Wilson kept shtum on which of its properties it may be reviving. However, EA is not returning to Titanfall any time soon and it will not release a new Battlefield game in 2020. This is because Apex Legends is its top priority as it is quite the money-spinner. And as for Dragon Age 4, EA said, ‘you should assume that there is Dragon Age out there and we've talked about it publicly that it's in the works, and it probably comes after fiscal '22.’ Thank you, EA, very conclusive.

It’s just one game and it’s New Super Mario Bros. U Deluxe, which isn’t the first game that pops into my mind when I think ‘Switch’. But, it marks a significant step towards a possible official launch of the Nintendo Switch console in China. It’s not been easy for any of the big three to break into the Chinese market. In 2014, the country lifted its decade-long ban on console games in 2014, and Sony swooped in to sell the PlayStation 4. It found that Chinese censorship legislation was affecting its commercial success, and turned elsewhere. If you wanted Nintendo, Xbox, or Nintendo hardware or games, unauthorised distribution platforms were your only option. Now, Nintendo may distribute one game through official stores which could lead to big things in the future.

The PlayStation 5 has only just been announced! What madness is this? Well, it’s the usual madness from Sony. The company has claimed its possible properties in the past: the PS2 was trademarked in 1999, and launched in 2000. The PS3 was trademarked in 2005, then released in 2006. And, the PS4 was trademarked in 2006 and came out in 2013. You get it. The PS10 will likely be released in the year 3000. Not much has changed but the console works underwater. Is this riffing off the Busted song or is it a damning critique of the world’s governments’ approach to climate crisis? Who knows!

The Insight Project is a collaborative research and development initiative between game designers and neuroscientists to understand mental well being.  Co-founder of Ninja Theory Tameem Antoniades and University of Cambridge's Psychiatrist and Professor of Health and Neuroscience Professor Fletcher worked closely to create an accurate representation of psychosis in Ninja Theory’s Hellblade: Senua's Sacrifice. ‘Senua is the hero of her own story, trying to make sense of her experiences and work her way through them – that’s incredibly de-stigmatising,’ said Professor Fletcher, and the initiative intends to expand the definition and applications of interactive design to ameliorate mental health issues. ‘We plan a programme of gaming, technological and scientific development that will lead to self-contained, individualised and absorbing game experiences within which people can become an expert at recognising, responding to and, ultimately, controlling their own fear, anxiety and other negative subjective experience,’ Ninja Theory explained. ‘The work will be underpinned by rigorous scientific principles to ensure its effectiveness and validity and it will adhere to strict standards of ethics and data management.’

The Russian Revolution has nothing on this. Fallout 1st subscribers claim that they are being set upon by non-subscribers, and non-subscribers say that they are being griefed by Fallout 1st subscribers. It is incredibly impressive that the community and camaraderie of Fallout 76 has literally shattered with the introduction of a premium membership service. And a premium membership service that doesn’t actually work. The Scrapbox with unlimited storage has been permanently deleting the crafting materials players place in it, and the private servers are old instances of the world. ‘We almost made Appalachia a better place when we were working together and seemingly rebuilding our virtual society,’ one Reddit user said. ‘Now things have plunged into chaos due to different ideologies about how 76 should be handled. I guess it was only a matter of time where we would go back to fighting each other. War never changes.’

Persona 5 Royal released in Japan this week, and it offers a revamped revision of the original game. This version will introduce a new Phantom Thief, a new Palace, new battle mechanics and Personas, additional narrative and social features, an extra semester, and will let Joker give gifts to male confidants. That’s a lot. Persona 5 would take a player over 170 hours to complete it to its fullest extent, and if there’s even more in Royal, who knows how many hours could be crunched up to see it all? Atlus does. It said that it would likely be the same or a similar number of hours as a core playthrough of Persona 5. This is because the game has been optimised to reduce load times and the time taken to complete certain combat encounters. Not too shabby.

Xbox All Access will introduce an opt in Project Scarlett upgrade

The Project Scarlett will launch in late 2020, and those on the Xbox All Access scheme will be able to trade in their current generation console for the brand new and shiny one when it arrives. All they need to do is complete 18 payments prior to the upgrade, revisit the same store where they bought the current console and its subscription. If the console is in an acceptable condition and the user has a ‘good standing’ with the country-specific financing partner, the customer will be able to swap it for a Project Scarlett with deferred payments. It’s a limited time offer, mind, so those who want to jump on the bandwagon will have to purchase an Xbox One X with Xbox All Access between November 5 and December 31, 2019 (in the UK).