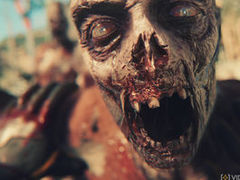 UPDATE 17/08: Following the publication of this story, a Techland representative provided VideoGamer.com with the following statement from Tymon Smektala.

“After reading through some of the VideoGamer coverage of Dying Light: The Following produced after an interview at Gamescom, I’d like to again clarify that all of the statements I made about Dead Island 2 were my personal opinions only and in no way represent the views of the studio.

“I am a huge fan of the original Dead Island as a gamer and would love the franchise to thrive, but any decisions regarding possible Techland’s involvement in its franchise are not mine to make, and are never as easy as just “asking”. At the moment I’m focusing on Dying Light: The Following hoping to deliver a great expansion to all the fans of the game.”

ORIGINAL STORY: Techland producer Tymon Smektala has told VideoGamer.com that he would “love to go back to Dead Island” and that he’d be happy to develop troubled sequel Dead Island 2 if Deep Silver asked the studio to do it.

Speaking to us last week at Gamescom, Smektala described Yager’s termination from the project as “sad news”, and hoped that it didn’t affect the team as “much as it may seem right now”.

“For us that was sad news,” he said. “When something like that happens in the game dev industry it’s always sad news. You’re never happy that some other developer failed, because it could have been us, basically.

“And another thing that added to the feeling of sadness and disappointment was the fact that Dead Island is our child. It’s a title that we imagined, we developed. We made this game and we still have a very strong connection to that IP. So it’s very bad news. I hope that we will see some more Dead Island in the future and I hope that Yager is not affected that much as it may seem right now.”

Techland created the original Dead Island and 2013 follow-up Dead Island: Riptide before moving on to create its own zombie IP Dying Light. But the studio may not be done with Dead Island yet, Smektala suggests.

“I personally would love to go back to Dead Island because I really love that game,” he said. “I don’t know if there is a developer [attached to Dead Island 2] at all.”

Asked specifically whether he would be interested in developing Dead Island 2 if Techland were to be approached by Deep Silver, he replied:

“I would. As I said, I love Dead Island and I think there is a place for both franchises to strive in the market. As long as someone would be able to find something that would make them different, that would draw a clear line, ‘Okay, here’s Dead Island, here’s Dying Light’, and I think that’s doable, then why not?”

Yager, which most recently developed 2012 shooter Spec Ops: The Line, was pulled off of Dead Island 2 last month after it was determined that its vision for the game had fallen “out of alignment” with Deep Silver’s.

A replacement developer has yet to be announced.

Techland is currently developing major Dying Light expansion ‘The Following’ and is experimenting with new ideas for Dying Light 2. The original game has already sold in excess of 5 million units