Surgeon Simulator 2 is coming out next year

Developer Bossa Studios has announced that Surgeon Simulator 2 is coming out next year, in 2020, and has released a trailer for the game.

The sequel will continue the tradition of bonkers, cartoonish surgery shenanigans, and Bossa has promised to “inject a delirious dose of adrenaline straight into the heart of the original, cranking everything up to a whole new level.”

As you can see, it looks suitably silly, and Bossa has said the levels of silliness present in the sequel will be appropriately heightened, saying, “As the trailer suggests, Surgeon Simulator 2 will be a vastly expanded offering.”

You may have noticed the Epic Games logo at the end of the trailer, meaning that the game may well be an Epic Games store exclusive. Other than that, there isn’t any other information on platforms. 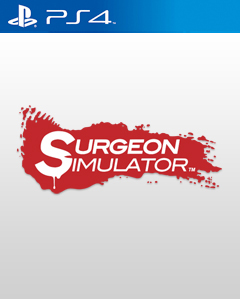 The popular cramp-inducing PC title makes its way to PS4.

The popular cramp-inducing PC title makes its way to PS4.