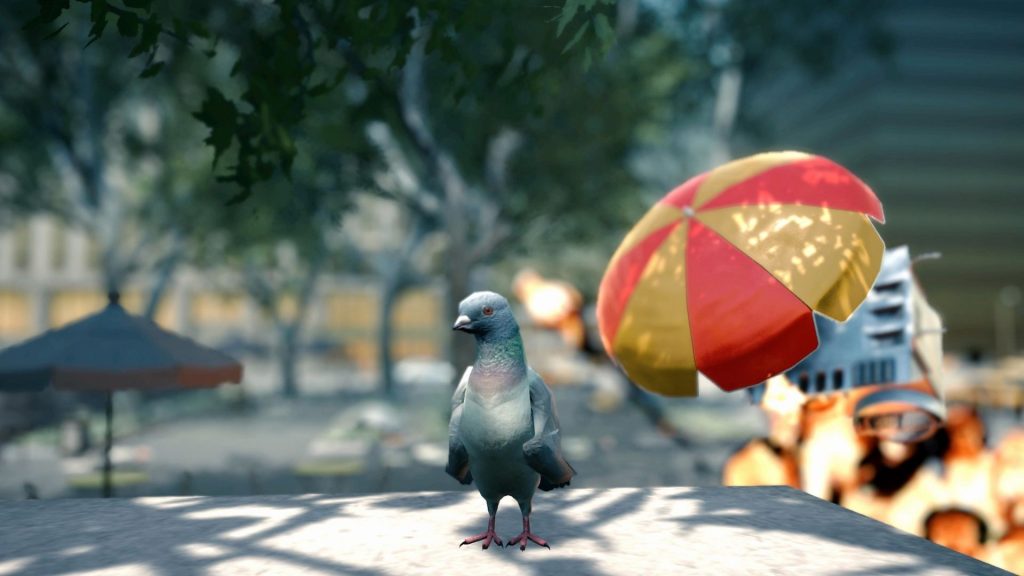 Bossa Studios has revealed three free new game prototypes that players will be able to try out for a limited time, so that the studio can choose which of these three to turn into a full-scale release (via Eurogamer).

You may know Bossa Studios from games such as Surgeon Simulator, I Am Bread, Thomas Was Alone, and The Bradwell Conspiracy. These three prototypes seem to err on the side of its physics-and-mischief-based collection, and are all animal-themed. Pigeon Simulator is a solo or local co-op experience wherein players are pigeons evading the clutches of an exterminator in a concrete jungle.

I Am Fish is described to be ‘ludicrously difficult, dangerously addictive’. As a little fish in a little bowl, the player must roll back to the ocean while avoiding traps and obstacles, and ensuring their glass globe does not shatter along the way. Finally, local co-op game Trash Bandits involves players as crafty rubbish aficionados. Bin men who are foxes, in other words. Diving into dumpster after dumpster, players must collect as much rubbish as possible and they can even lob their competitors into the compactor.

Pigeon Simulator, I Am Fish, and Trash Bandits will be available to download through the Bossa Presents website from October 30 until November 28, and will feature on a ‘live relay race’ streamed to Twitch on October 30. Whichever game is the most popular and receives the most feedback from players will determine which prototype will be developed into a full-scale release. The livestream will also include Bossa Studios developer interviews for all three games.

Watch the announcement trailer for the three games below.