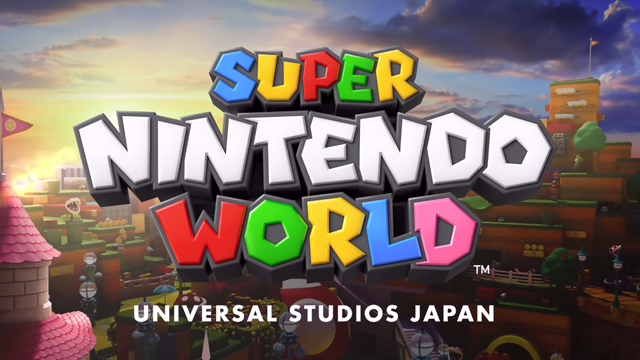 As reported by IGN Japan, the park will feature a recreation of Bowser's Castle complete with grandiose statue and paintings of the King Koopa himself adorning the walls, as well as the park's signature rollercoaster: Mario Kart: Koopa's Challenge. The twist here is that riders will wear a special Mario hat with a visor that adds AR and projection mapping tech to help you feel like you're in a Mario Kart race while riding, complete with shells and Mario, Luigi and Peach themselves racing alongside you.

The park's official website also reveals details on a couple of other rides; Yoshi's Adventure will allow young riders to, well, ride Yoshi as they search for Captain Toad on a treasure hunt to find three mysterious eggs on a rider that promises a "spectacular view of the Mushroom Kingdom" while the previously revealed Power Up bands will link to your smartphone and let visitors take on a challenge where they must recover the Golden Mushroom taken by Bowser Jr.

Naturally the big elephant in the room is the ongoing COVID-19 pandemic, though executive producer Thomas Geraghty is said to have reassured assembled media at the reveal event by saying the park will be observing social distancing measures and sanitising all equipment, including the Mario Kart coaster headsets, after every use. However, you may still have to wait a while before you can visit as Japan's borders are currently closed to foreign tourists as a result of the pandemic. The government is reportedly hoping to fully re-open to tourists in Spring 2021.

You can check out a trailer for the grand opening below. Super Nintendo World will be part of Universal Studios Japan in Osaka when it opens on February 4, 2021.