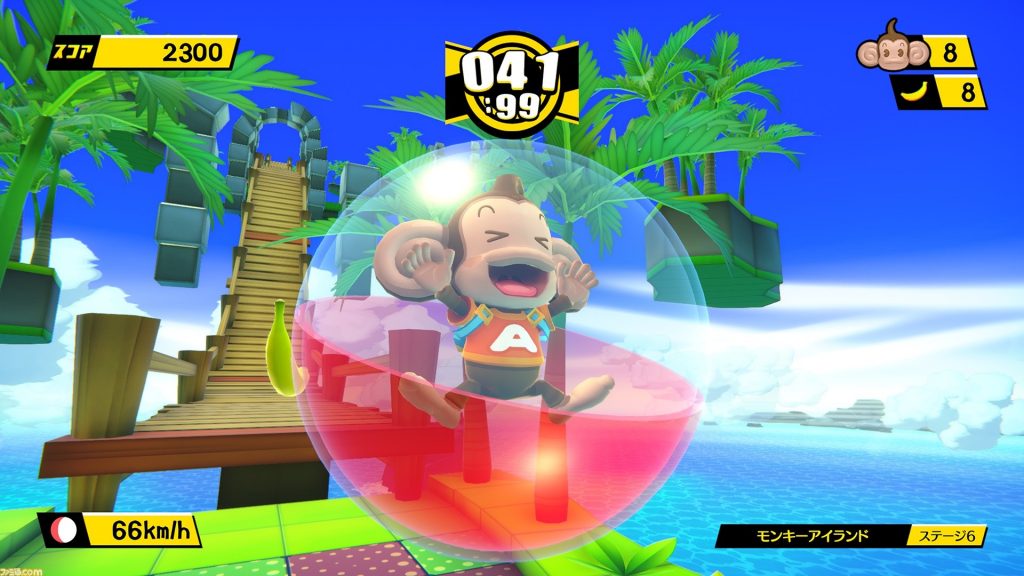 UPDATE: 17:15 – Sega Europe just confirmed Super Monkey Ball Banana Blitz HD will indeed be coming to the West too, and have put out an English language trailer, which we've embedded below.

It's also out a couple of days before the Japanese release, with an October 29 release date. They also mention a release for Xbox One, and the Steam version will follow 'Winter 2019.'

ORIGINAL STORY FOLLOWS: Following on from last week's leak via the Tawainese ratings board, a 'new' Super Monkey Ball game has indeed been confirmed in Japan as a HD re-release of the Wii's Super Monkey Ball Banana Blitz.

As formally revealed by Famitsu in Japan (and spotted by Twitter user Nibellion), they show off some new screens and reveal that the title is set for a release on PlayStation 4 and Nintendo Switch on October 31, with seemingly a Steam version to follow 'in December'.

A western release is yet to be confirmed. Super Monkey Ball Banana Blitz wasn't the best reviewed entry in the series – our own review only gave it a six out of ten, but maybe absence makes the heart grow fonder?

AiAi and friends are back and taking advantage of the Wii Controller.

AiAi and friends are back and taking advantage of the Wii Controller.