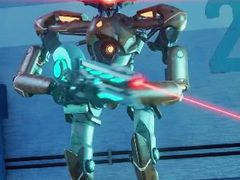 Sunset Overdrive will receive its final DLC on April 1, developer Insomniac Games has announced via its latest Sunset TV episode.

Titled Sunset Overdrive: Dawn of the Rise of the Fallen Machines, the add-on features a sci-fi zone offering a host of new challenges and missions. You’ll also have access to the Energy Ball, which is described as an orb of death.

Check out the first footage of the DLC in Sunset TV below.