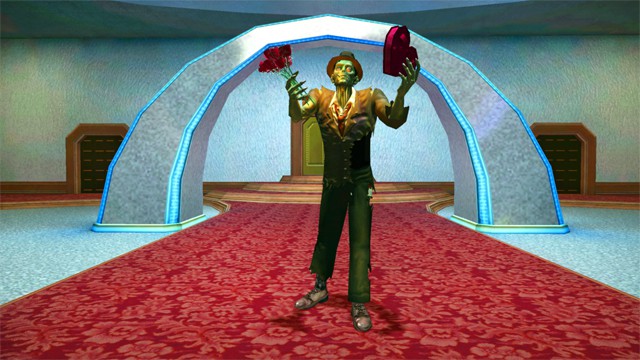 Stubbs the Zombie in Rebel Without a Pulse confirmed for Xbox, PlayStation, PC and Switch next month

Publisher Aspyr has formally confirmed the rumours from earlier this month that it will be bringing back 2005 original Xbox title Stubbs the Zombie in Rebel Without A Pulse but will also be releasing it for PlayStation 4, Nintendo Switch and PC as well the Xbox One version.

While it sounds like the game won't be getting too much of a visual polish up (the accompanying press release says it'll remain "flawless and unchanged") it will be getting achievements and "modernized controls" on this go around, and will also come complete with the original's couch co-operative mode too.

Stubbs the Zombie in Rebel Without a Pulse will release on March 16, 2021 for Xbox One, PlayStation 4, Nintendo Switch and PC and will also be playable on Xbox Series X|S and PlayStation 5 via backwards compatiblity. Check out the trailer below.