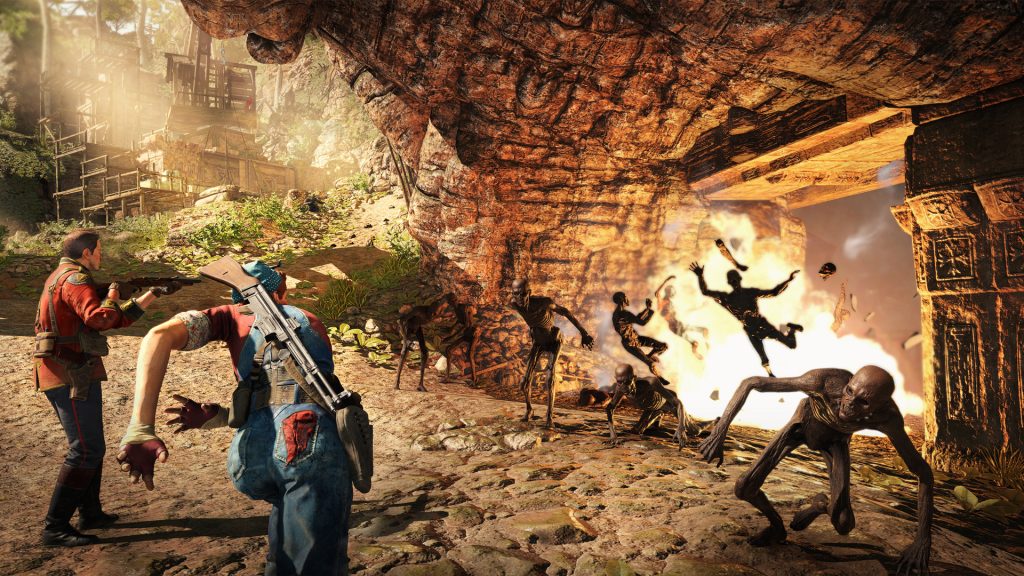 Strange Brigade’s The Sunken Kingdom DLC is out now

Rebellion has announced that The Sunken Kingdom, the second chapter of Strange Brigade's The Thrice Damned DLC, is now available for PlayStation 4, PC, and Xbox One.

The Sunken Kingdom sees the supernatural-slaying explorers poking around in a mysterious underground city, where they stumble across a 'stunning' temple at its centre. In addition, there's also a new member of the gang in the shape of Hachiro Shimizu, who is part of the Japanese Naval Officer Character Expansion.

The DLC also adds a bunch of new weapons, such as the Mikhailov 38-rifle, the Marchador TT pistol, the Shock Grenade, and the Decaying Demon Blast amulet power.

Strange Brigade's The Sunken Kingdom DLC can be purchased for £5.59 or comes as part of the game's Season Pass. Meanwhile, the latest character pack can be snapped up for £6.39, or again comes with the Season Pass.

Finally, there's a free update out now that includes content for Horde mode and Score Attack, so fire up the game and get downloading. Read our review of Strange Brigade here.