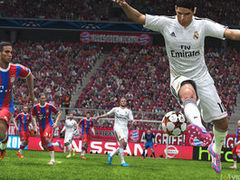 ‘Stop worrying, the future of PES is safe’ – Konami

The publisher took to Twitter to clarify that “the future of PES is safe” after rumours emerged yesterday suggesting that it may not have plans to launch a new game in the series later this year. But according to European product manager Adam Bhatti, that isn’t the case.

“Hey guys just want to say to please stop worrying, the future of PES is safe,” he said. “We have an incredible future ahead, can’t wait to show you.”

Konami has yet to formally announce PES 2016, but you should probably expect to see it arrive on at least PS4 and Xbox One later this year. FIFA 16, meanwhile, is due to release any time between July 1 and September 30.