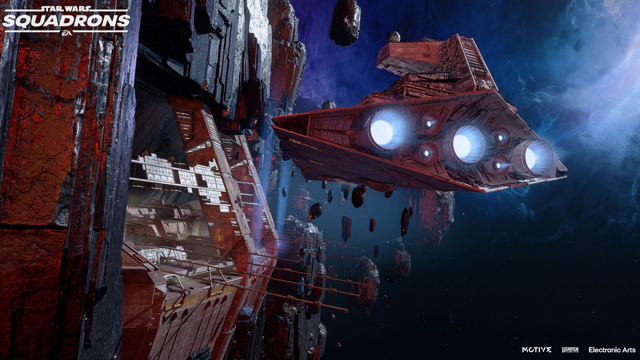 EA Motive has announced that space shooter Star Wars: Squadrons will be getting two new major updates to the game before the end of the year that'll bring new content including a new map, new ships and more.

As detailed on the game's official blog, the first of these updates will land on November 25 and bring along a new map to multiplayer known as Fostar Haven; from the game's first prologue mission. The isolated trading station formerly home to smugglers and pirates will now be playable in Fleet Battles and Dogfight mode.

Four new components will also be along in this update, including the Boost Extension Kit for, as the name implies, giving your starfighter or Bomber a full boost. Interceptors and Fighters will be getting Ion Rockets, Bombers and Fighers get Prototype Piercing Topedoes and the U-Wing and Tie Reaper get the Anti-Material Rocket Turret.

Then, in December two new Starfighters will be added to the game, with the New Republic getting the B-Wing—a Bomber class with a gyro-cockpit— and the Empire side getting the Tie Defender, a Fighter class with its own shields. Finally, the December update will also add Custom Matches that will allow one-to-five players on two teams to play any of the game's seven maps in Dogfight and Fleet Battles with players able to set their own modifiers to play how they want.

All of this seemingly flies in the face of previous rumours that the game wouldn't be getting any additional content, but the reason given by EA Motive is simply that they were blown away by the enthuastic reception of the game from fans and players, with creative director Ian Frazier thanking fans by saying "Your enthusiastic support for Squadrons has enabled us to expand upon it further in all the ways outlined above, and I couldn’t be more thrilled. I’m particularly excited about the Custom Matches feature because it will allow you, the community, to take more ownership of the game and create your own experiences for a long time to come."

Star Wars: Squadrons is available now on Xbox One, PlayStation 4 and PC and you can check out what we thought of it in Josh's review right over here.