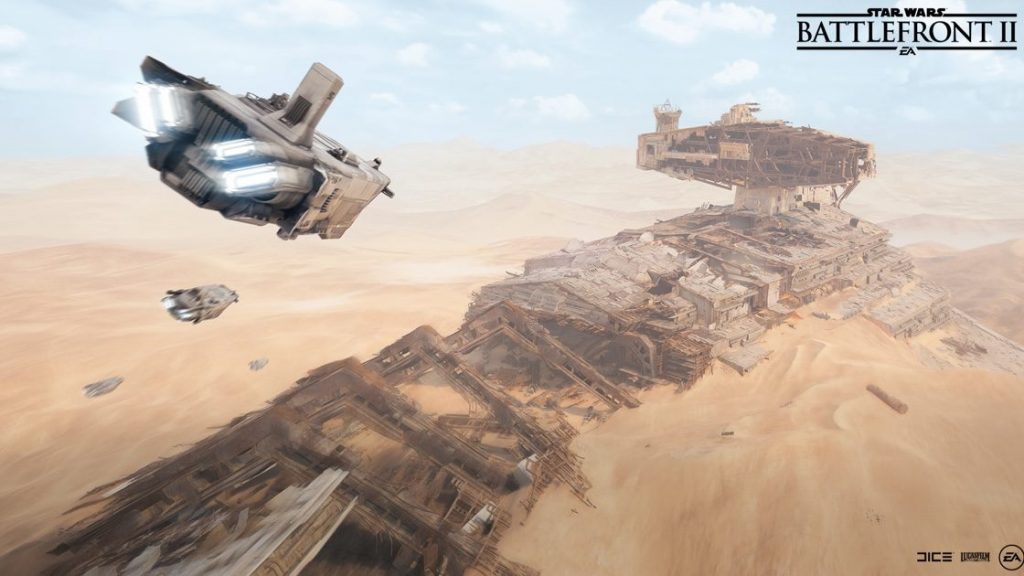 EA DICE has released a new trailer to celebrate the launch of a bunch of The Rise of Skywalker content coming to Star Wars Battlefront II from this week, as the entire Star Wars universe gears up for the launch of the latest movie in the saga.

The update, scheduled for tomorrow December 17, will add Takodana, Jakku, and Starkiller Base to the Co-op rotation in both attack and defend scenarios. It'll also bring four sequel era reinforcements in the form of the Infiltrator Sith Trooper of the First Order, the First Order Jet Trooper and two Resistance reinforcements known as the Ovissian Gunner and Caphex Spy.

On top of this are new appearances for Finn, Rey and Kylo Ren – naturally, based on their appearances in the movie, and are included for free in the Celebration Edition of the game that released last week, or purchasable for crystals for everyone else. Then, on December 20 a new map is to be released, based on a jungle planet that, again, will be seen in the upcoming movie and featured in the movie's trailer.

Then in January, more updates are promised as Capital Supremecy is set to bring that mode to the sequel trilogy era in the form of the MC85 of the Resistance and the Resurgent-class Star Destroyer which will be playable above the aforementioned jungle planet and Jakku maps, with both locations coming to Instant Action as well. Finally, everyone's favourite droid BB-8 – and his dark side equivalent, BB-9E – will join the fight as hero characters for their respective sides too.

Take a look at the cinematic trailer for the update below. Star Wars Battlefront 2 is available now on Xbox One, PlayStation 4 and PC.