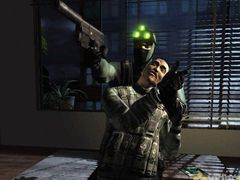 Splinter Cell Trilogy HD for PS3 will be released at UK retail on July 22, Ubisoft revealed this morning.

The three games – based on PC originals – have been fully remastered in 720p with enhanced graphics and support for stereoscopic 3D. A set of trophies have also been introduced.