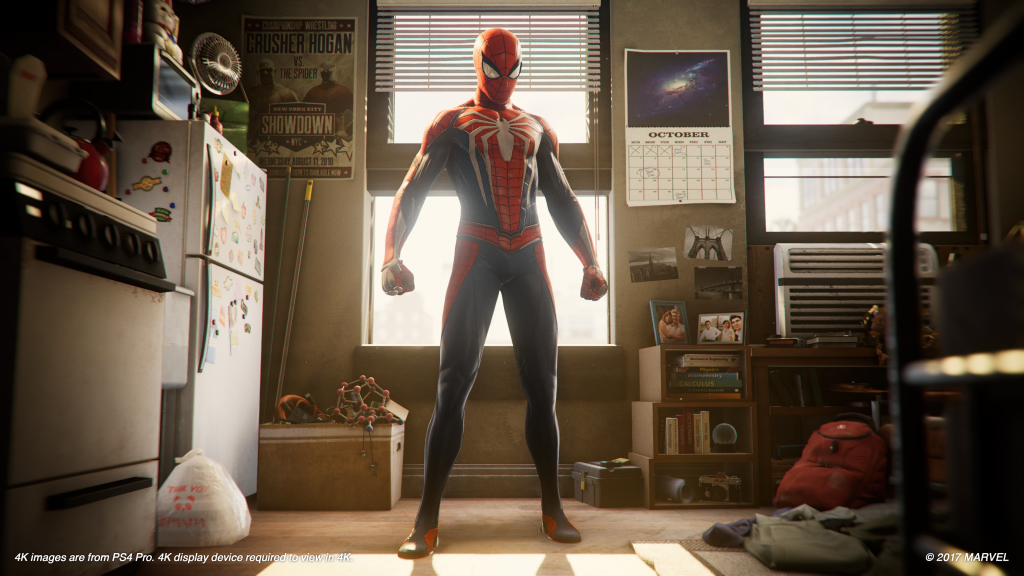 Insomniac Games has released a dazzling new batch of web-slinging screenshots for its upcoming PlayStation 4 Spider-Man game, offering a first look at Big Bad’s Shocker and Norman Osborn (via PST).

There’s also some action shots of the titular hero doing his thing throughout the game’s lush open-world New York City, although still images don’t really do justice to the superhero’s dexterous parkour-fuelled city surfing. Still, it looks bloody nice, and will most probably give God of War a run for its money in the visual department.

Spider-Man is due out exclusively for PlayStation 4 on September 7. The superhero title features an older Peter Parker attempting to balance college life with the weight of being a Friendly Neighbourhood Spider-Man, and will receive both a Digital Deluxe and Collector’s Edition for those with money to burn.