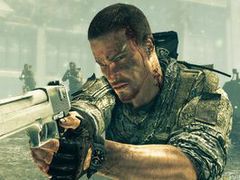 Spec Ops: The Line dev’s PS4/Xbox 720 title to be revealed ‘in the coming months’

YAGER’s next-generation game will be powered by Unreal Engine 4, and will be announced in the “coming months”, the developer has announced.

“Unreal Engine 3 enabled our great team to tap its full potential for the development for our award-winning game ‘Spec Ops: The Line’ and beyond. YAGER is thrilled to be utilizing Epic’s latest technology for our foremost project as the new workflow is incredible, and Blueprint visual scripting gives us more control over building our games than ever before.”

Details on YAGER’s next title have yet to be revealed, but job listings point to the developer working on a first-person AAA project, that could be built around a “micro-transaction based business model”.

“With ‘Spec Ops: The Line,’ the team at YAGER demonstrated their ability to create intelligent, cinematic games with exceptional visuals, and we’re excited to watch their latest vision spring to life,” added Mike Gamble, European territory manager for Epic Games.

“Unreal Engine 4 scales to teams of all sizes, and YAGER’s new project will show what talented developers can do with leading-edge tools that unleash their creative power and productivity.”