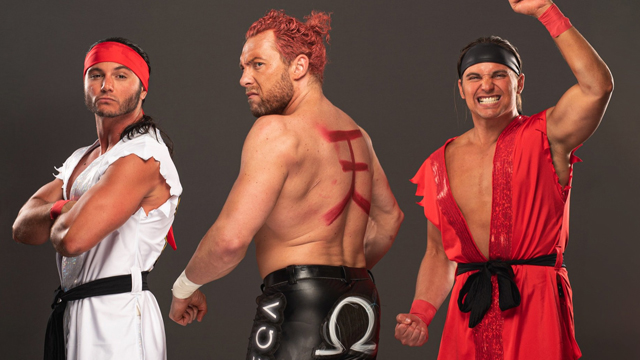 Wrestling duo The Young Bucks seem to have confirmed that alternative wrestling brand All Elite Wrestling might be getting its own videogame.

The comments came at the end of an interview with Chris Van Vliet on his YouTube channel, which we've embedded below (the relevant comments come at 36:51) – when asked the question 'Is there any talk on making an AEW videogame?' Both Nick and Matt Jackson responded with a simple 'Yes' and added 'We want to have a little bit of everything.'

It's not a lot, but it's not the first time that the question has been banded around, with The Elite stablemate Kenny Omega speaking during an interview at Starrcast back in May that he has made it his mission to 'Bring back the AKI engine' – the same game engine that was used to make WWF No Mercy back on the Nintendo 64.

In case you're not aware – AEW is a relatively new promotion headed up by The Young Bucks, Kenny Omega, Cody Rhodes and CEO Tony Kahn, positioned as an alternative to the WWE and boasting such stars on its roster as Chris Jericho and Jon Moxley (formerly known as Dean Ambrose in WWE.)

There's not much else to go on, game wise as of course no publishers or developers have yet announced anything (and as you can see in the below video, it seems someone off screen wasn't necessarily ready for the Bucks' to reveal this information yet) but we wonder if this is related to the 'new wrestling project' they're said to be making down at WWE 2K developer Yukes