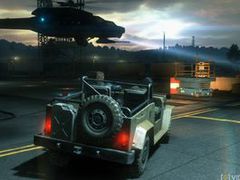 The PlayStation 4 version of Metal Gear Solid 5: Ground Zeroes doesn’t include a Platinum trophy because Sony won’t allow them in budget releases, Hideo Kojima has explained.

“The reason GZ doesn’t have Platinum Trophy in PS4 is due to SONY’s regulation,” he wrote on Twitter this morning. “They won’t allow us to have them for non-full price game.”

Kojima’s response follows confusion from fans disappointed at being unable to unlock a Platinum trophy in the game – the highest ranking Trophy type available in PlayStation titles.

Instead, the game is expected to feature 13 bronze trophies, one silver trophy and a single gold trophy. The game costs £29.99 on PlayStation 4, somewhat lower than the typical RRP for a next-gen title.

Metal Gear Solid 5: Ground Zeroes launches this Friday on PS3, PS4, Xbox One and Xbox 360. Head back to VideoGamer.com tomorrow morning for our review.