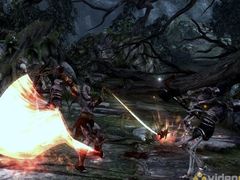 Sony is breathing down Microsoft’s neck, and it’s “not going to take too long” for the PS3 to pass the Xbox 360, the Japanese company has confidently claimed.

Speaking in an interview with IGN, Sony’s senior vice president of marketing and PSN boss Peter Dille said he didn’t think the Xbox 360 will be around in ten years, but thought the PS3 will be.

“We can be passionate fans, but I don’t think they’ll be around in ten years so I’m very confident we’ll pass them within that time frame,” said Dille.

“I’m not going to make any predictions for your interview today other than we’ll pass them, but you look at where we are today and where they are today, and they had an opportunity to sprint as far ahead of us as possible when they had the head start.

“Well, we’re breathing down their necks and they can see us in the rearview mirror and it’s not going to take too long to pass them.”

Dille, who described Sony’s battle with Microsoft as “a marathon, not a sprint”, said that the Japanese company had finally got the PS3 to the point where “consumers are responding”.

“It’s resonating like never before. We’re well on the way to where we want to be on the platform. We’ve got the software support from a first-party perspective. The third-parties are making some great games. We’re off to the races.

“There is nothing but momentum behind the PS3 at this point. We’ve got two consecutive years where the Game of the Year for the category is on the PS3 platform. Of course, Uncharted 2 and last year it was LittleBigPlanet. Our first-party studios are hitting it out of the park. We just shipped MAG. We’re about to ship God of War [3], which is going to just completely blow people away and be a big driver for the platform. We’ve got GT5 coming later this year. Everyone is just extremely excited about what’s going on with PS3.”