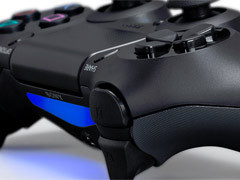 Sony applied for the certification of new DualShock 4 and PlayStation Move controllers with an Indonesian certification agency earlier this month, it’s been revealed.

As discovered by Beyond3D forum member orangpelupa, applications for a new PlayStation Move controller (CECH-ZCM1G) and a new DualShock 4 controller (CUH-ZCT2G) were filed with the agency earlier in August, ahead of their expected reveal at next month’s PlayStation Meeting.

The agency seems to be the equivalent to the US’s FCC, with certification required in order for the devices to legally be put on sale.

A new DualShock 4 controller featuring a front-facing lightbar leaked earlier this week alongside a new PS4 Slim. Neither device has yet to be formally announced. The new PS Move controller, meanwhile, likely features minor revisions over the existing device, as Sony ramps up production for them to go back on sale alongside PlayStation VR later this year.