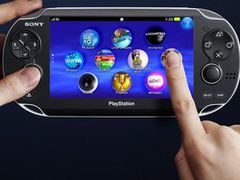 Looking to strengthen its support for small indie outfits, Sony has reportedly given PS Vita kits to at least one studio.

Speaking on the NeoGAF forums, a developer from Icon Games – who recently brought Great Little War Game to the App Store – revealed how Sony has given out Vita dev kits to bring its game to the new handheld.

“We showed them our game, they liked it loads and thought it a good fit for their machine, so they sent us four kits. Gratis. Just like that.” said Rubicon, a spokesman for the studio.

“This goes to what I was saying about Sony having a good attitude towards Indies.”

“This has got to be good news for both devs and gamers. Unlike Nintendo, Sony now “get it”.”

Great Little War Game is currently available for iPhone and iPad, and Icon Games has confirmed that the PS Vita version is ‘finished already’.

“I can confirm that the machine is everything you’d like it to be – a really sweet bit of kit. And best of all, Sony are seriously pushing indies forward, so its AppStore should start filling up in the same way the iOS one has.”

“Nintendo can learn a lot from their attitude.” he added.

This compliments news last month that PS Vita is the most dev-friendly Sony platform yet.

Of course this is just one studio. It’s probable that Sony is helping out numerous indie developers, hoping to get a good stock of games ready for the console’s launch next year.