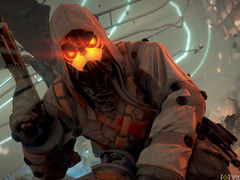 Sony has failed in its attempt to dismiss a $5 million class action lawsuit accusing it of misleading customers over claims that Killzone: Shadow Fall multiplayer would run at native 1080p.

The lawsuit states that Sony “claimed that the PS4 was so powerful that its featured Killzone video game could display ‘1080p’ multiplayer graphics”, pointing to an article on PlayStation Blog and highlighting the resolution listed on the game’s box.

The discovery forced Guerrilla to explain that the technique used to achieve ‘1080p’ graphics in the game’s multiplayer was called “temporal reprojection”, a technology that “combines pixels and motion vectors from multiple lower-resolution frames to reconstruct a full 1080p image.

“If native means that every part of the pipeline is 1080p then this technique is not native,” states the lawsuit.

Sony had hoped to have the lawsuit thrown out in October, but on Tuesday a US judge decided that it should be allowed to proceed. Judge Edward Chen agreed with only one of Sony’s arguments, stating that Sony’s motion to dismiss was “premised on an unduly narrow reading of plaintiff’s complaint”.

The judge added that the “substantial majority of the arguments Sony raises in its motion to dismiss can be rejected”.

Judge Chen stated: “Sony may ultimately be correct that Killzone outputs video in 1080p even in multiplayer mode. But Ladore [the plaintiff] does not allege that Sony misrepresented the final output resolution of Killzone. Rather, the heart of Ladore’s complaint is that Killzone’s multiplayer graphics were not originally created or rendered in 1080p – the output resolution was represented to be native 1080p when in fact it was not.”

Chen added: “Instead, Ladore alleges that Sony relied on a technological trick to turn lower resolution graphics into graphics that, in Sony’s own words, appear “subjectively similar” to native 1080p, but which by Ladore’s account were “blurry” and subpar.

“Put simply, the misrepresentation occurred where Sony allegedly represented that Killzone rendered graphics in 1080p (i.e., native 1080p), when in fact it renders graphics at a considerably lower resolution and then “‘combines pixels and motion vectors from multiple lower-resolution frames to reconstruct a full 1080p image.'”