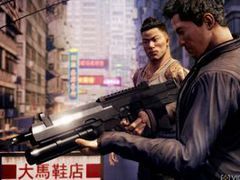 Sleeping Dogs developer United Front Games is working on a free-to-play title to be published by Nexon, the publisher has announced.

The game is due to be released next year, although further details about what type of game it is or when it may be revealed were not disclosed.

“We are committed to bringing a new line-up of AAA-quality free-to-play games to the Western market, and our partnership with United Front Games is another step toward achieving this goal,” said Owen Mahoney, president and chief executive officer of Nexon. “United Front Games’ team has a great track record of developing successful titles, and we’re looking forward to showing the world what our combined strengths can create in 2015.”

“Nexon brings an unparalleled wealth of knowledge of the growing free-to-play market,” added Stephen van der Mescht, CEO of United Front Games. “We are thrilled to partner with a publisher who has an excellent track record of building direct and meaningful relationships with players. We can’t wait to unveil our new title with Nexon America – we’re confident it’s going to be a smash hit.”

Besides the F2P title, UFG is also believed to be working on Triad Wars, a new title set in the Sleeping Dogs universe. Further details on that game are due later this year.