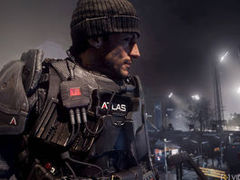 Sledgehammer Games is not developing the Xbox 360 or PlayStation 3 versions of Call of Duty: Advanced Warfare, according to Game Informer.

Instead, the developer is focussing purely on the Xbox One, PlayStation 4 and PC versions.

“PlayStation 3 and Xbox 360 owners don’t have to worry about Activision forgetting them, as Advanced Warfare will be brought to the last generation of consoles as well,” Game Informer writes in its latest issue.

“Sledgehammer will not be handling the development, however. Activision has yet to announce the studio behind these versions of the game.”

Confirmation of Sledgehammer’s non-involvement adds weight to the rumour that Transformers developer High Moon Studios could be in charge of the Xbox 360 and PlayStation 3 versions of Advanced Warfare.

Back in March, VideoGamer discovered that High Moon Studios was hiring for a “high-profile, First Person Shooter” for Xbox 360 and PlayStation 3, with one particular job listing seeking an employee with experience of Radiant Engine – the level editor used to create Call of Duty maps.

Activision has yet to announce High Moon’s next project. The next Transformers title, Rise of the Dark Spark, is being developed by Edge of Reality and due for release next month.

Call of Duty: Advanced Warfare launches on Xbox One, Xbox 360, PlayStation 3, PlayStation 4 and PC on November 4.