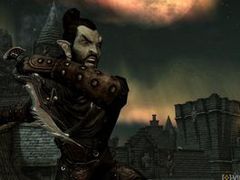 The manual for Elder Scrolls V: Skyrim has found its way onto the world wide web, letting slip button configurations, dialogue options and other information ahead of the game’s release next month.

Scans of each page of the booklet can be found here.

There’s nothing in the way of plot spoilers, but it’s probably worth saying ‘be careful’ just in case.

The manual follows last week’s leak of an achievement list, as well as a perk tree and ability list which fans put together after seeing the game at trade shows. If you’re looking in the right places, there’s little that can’t be uncovered about the game at this point.

Skyrim is due for release on Xbox 360, PlayStation 3 and PC November 11.