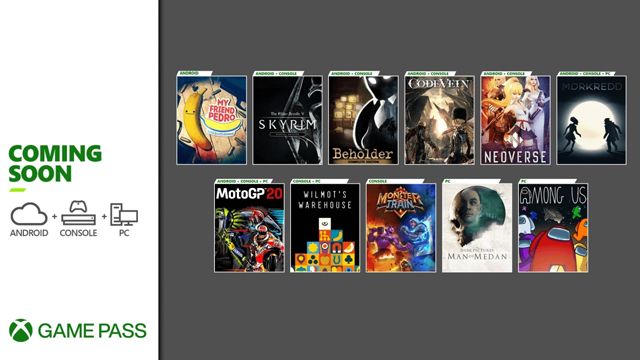 Xbox has taken the lid off the games heading to the Xbox Game Pass service for the remainder of 2020, offering up a plethora of games for subscribers to the service dropping before Christmas.

Physics-based co-op puzzle game Morkredd lands today for the Console, PC and Android versions of the service, and it'll be soon joined by Bethesda's epic RPG The Elder Scrolls V: Skyrim Special Edition on Console and Android, specifically the remastered version with all add-ons that released in 2016.

December 17 then sees the biggest drop prior to the Holidays, with Social deception game and Twitch phenenomenom Among Us and The Dark Pictures Anthology: Man of Medan added to the PC service, while the Console and Android versions get Beholder: Complete Edition, vampiric action RPG Code Vein.

A few titles leave at the end of the year too, so make sure to get in some time with Farming Simulator 17, Football Manager 2020 and Mortal Kombat X before December 30.

You can check out a video for some of the titles coming to Xbox Game Pass below, which also includes a peek at some early highlights for 2021 on the service, including all the remaining mainline Yakuza games not yet on the service and Killer Queen Black.