Shockingly, GTA 6 is not being released next year 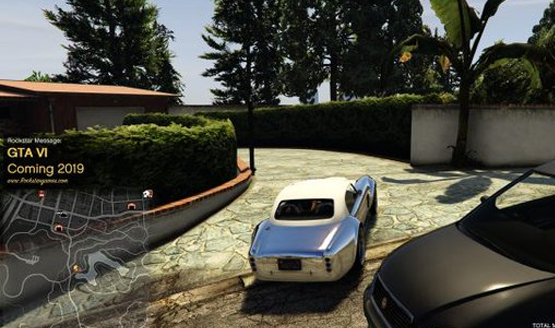 Grand Theft Auto 6 is not slated to appear in 2019, in case you were fooled by a recent hoax that was doing the rounds in GTA Online as of late.

Players who dipped into Rockstar's online crime caper spotted a curious pop-up claiming that 'GTA VI' will be 'coming in 2019,' which naturally came as a huge shocker.

Obviously people twigged this was some sort of hoax, and indeed this was the case, with Rockstar confirming on Twitter that the pop-up was created by using mods, something which the developer only allows for GTA 5's single-player mode.

Of course, GTA 6 is bound to happen at some point, although right now developer Rockstar is firmly knuckling down on Red Dead Redemption 2.

Not only that, but GTA 5 is still selling like hot cakes nearly five years after its September 2013 release on PlayStation 3 and Xbox 360, having recently hit 95 million copies sold worldwide.