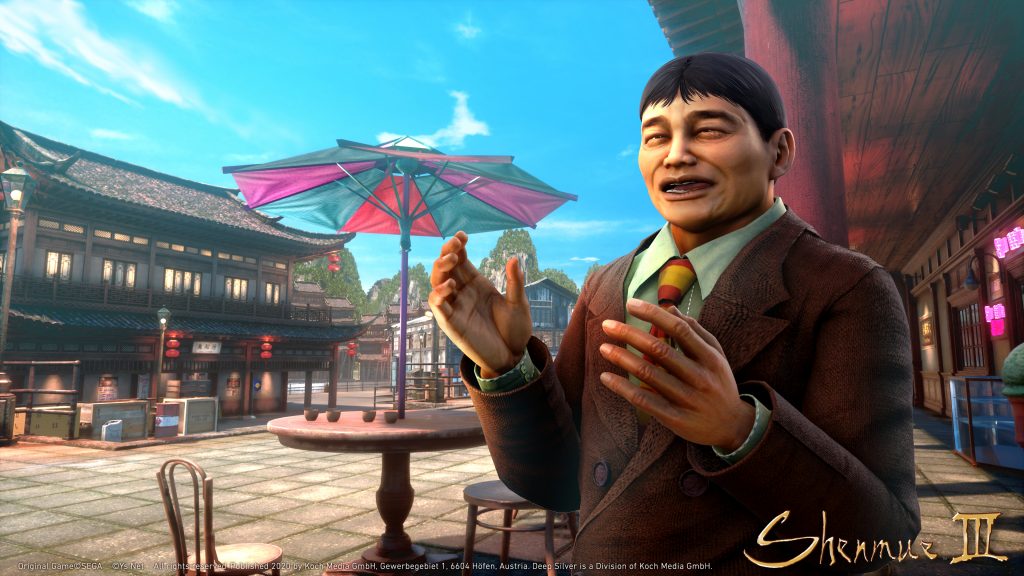 Shenmue 3 is getting its second DLC next week, and it’s bringing a host of new quests that are “full of mystery, intrigue and action.” (via Eurogamer).

The first DLC was Battle Rally, which offered “fresh gaming activities” in Bailu. It was a running race, basically, but the player got to compete as Wuying Ren and as Wei Zhen as well as Ryo Hazuki. And, I suppose it is a fresh gaming activity if it wasn’t there before. This content pack boasts “new quests full of mystery, intrigue and action,” and the hero will “cross paths with a familiar face from the past, Shuqin Zhang, and quickly become embroiled in a new escapade where nothing is as it seems.” Those who splashed out on the Complete DLC Collection will get the goods on launch day on February 18. Otherwise, the Story Quest Pack will be priced at £4.99 on the Epic Games Store or the PlayStation Store.

Shenmue creator Yu Suzuki said that he is not done with Ryo Hazuki’s saga. “For as long as there are those who wish to see Shenmue live on, I will never give up on my own personal journey to complete its story,” said Suzuki in a letter to fans. To complete the plucky protagonist’s arc, five games that span eleven chapters would be needed, in totality. Though Shenmue 3 met modest commercial success, the next entry would be dependent on the partnerships Ys Net is able to attract.

Shenmue 3 is out now for PlayStation 4 and PC.