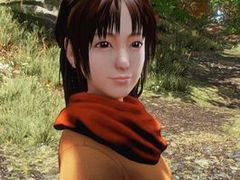 Shenmue 3 has moved into its final two days of Kickstarter funding, and has now surpassed the $5 million stretch goal.

Currently at $5.1 million with 41 hours to go, the team at Ys Net is now setting its sights on becoming the highest funded project in the video games category – $5.6 million.

The project will, however, need to reach $6 million if fans want to see an advanced battle system implemented.

The stream kicks off on this Saturday, July 18 at 12am BST.