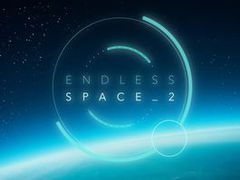 SEGA Europe has announced the acquisition of Amplitude Studios, the French game developer of the Endless series, a 4X strategy franchise including Endless Legend, Endless Space and Dungeon of the Endless.

SEGA will now publish Endless Space 2 which is due to go into Early Access later this year. It will also take over publishing responsibilities for the back catalogue of Endless games and any future content.

“To have the opportunity to add a studio with the growing reputation of Amplitude’s, to the SEGA family, is an exciting one and reinforces SEGA Europe’s position as a market leader in publishing high quality PC games,” said Jurgen Post, President and COO for SEGA Europe.

“Joining the SEGA family represents the culmination of five years of hard work from myself and Romain and everyone here at Amplitude Studios,” said Mathieu Girard, co-founder of Amplitude Studios.