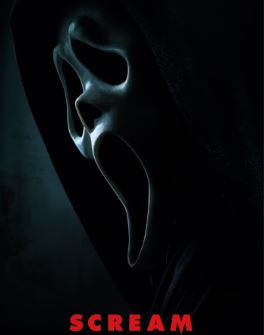 ‘Scream 6’ is the latest instalment in the beloved horror franchise created by the late, great, Wes Craven, with writer, Kevin Williamson, as a horror parody of the slasher movie genre that Craven helped foster with his iconic horror movie, ‘A Nightmare on Elm Street‘, in addition to his earlier movies, ‘The Last House on The Left‘, and ‘The Hills Have Eyes‘.

Read on for more information on everything that’s been revealed so far about the movie, including its cast, story, and who’s directing the movie. Although, please be aware that from this point on, there will be spoilers for the previous instalment in the franchise, ‘Scream’ (2022).

Paramount Pictures have confirmed that ‘Scream 6’ or ‘Scream !!’ as it was titled during production has moved from its original release date of 31st March 2023 to 10th March 2023.

Collider’s Perri Nemiroff caught up with ‘Scream’ (2022) and ‘Scream 6 (Unofficial title)’ (2023) actress, Melissa Barrera, at the 47th Annual Toronto International Film Festival, and enquired if Barrera could discuss how it feels to be chased by the series’ iconic killer, Ghostface, in a big city, for the next movie, rather than in the series’ usual setting of the small town of Woodsboro. To which Barrera confirmed:

“It’s, like 20 times more mortifying. It’s awful. Because you also see how, in a city like New York City, everyone is kind of doing their own thing and someone is screaming for help, and no one will come to their help. No one comes to help them, you know, like, everyone’s kind of like, “I’m not getting into that.” So it’s mortifying, because you’re chased by Ghostface, but you also see humanity and how that reacts in a situation like that. Anyway, I think I’ve already probably said too much.”

As announced in the image below from the AQTIS 514 IATSE labour union, shooting has officially wrapped on the (unofficially titled) ‘Scream 6’:

As the translated text beside the image reads:

“It’s in the box! Shooting for the #Scream6 film has now ended. ⚡👻⚡ Well done to the Thunder team! We’d also like to thank producer Ron Lynch and #Montréal for choosing @blackmore.productions as their city to shoot. 📷: Philippe Bossé”

Interestingly, the image also clearly shows everyone pictured around and in the set of what appears to be a New York City style subway car. Which makes sense given that the story of this instalment is rumoured to focus on the survivors of the previous movie leaving Woodsboro and going to New York.

So far, no official synopsis for the movie has been released yet, although the filmmakers did reveal to Variety earlier this year that the story “continues with the four survivors of the Ghostface killings as they leave Woodsboro behind and start a fresh chapter.”

There have also been further rumours, seemingly confirmed by the recent production wrap image showing a set of a NYC style Subway Car, that the “fresh chapter” mentioned above will in fact be the survivors moving to New York City, only to be hunted by a new Ghostface. As the previous movie ended with its Ghostface killers, Richie Kirsch (played by Jack Quaid) and Amber Freeman (played by Mikey Madison) being killed.

Who is directing ‘Scream 6’?

‘Scream’ (2022) directors, Matt Bettinelli-Olpin, and Tyler Gillett, have returned to helm this instalment, intended as the 2nd movie in a new ‘Scream’ trilogy.

Samara Weaving plays an as yet undisclosed new character

Dermot Mulroney plays an as yet undisclosed new character

Henry Czerny plays an as yet undisclosed new character

Jack Champion plays an as yet undisclosed new character

Scream
Buy on Amazon
SaleBestseller No. 4