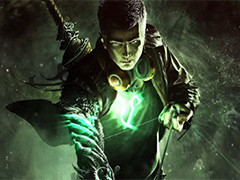 Xbox One exclusive Scalebound from Bayonetta 2 developer Platinum Games has the potential to be something very special indeed, Microsoft creative director Ken Lobb has told the Inner Circle podcast.

Little is known of the action game featuring dragons, but Lobb seems pretty enthusiastic about it.

Given Scalebound was announced back at E3 2014 and we’re yet to see the game there’s every reason to be a little sceptical, but Lobb says this should all change later this year.

“Scalebound is very real and very awesome,” he said. “And I think when people really understand what it is we are building, they’re gonna be shocked. It is definitely big, AAA.”

Lobb added that Platinum Games and its director, Hideki Kamiya, really have “an opportunity to make a ‘Game of the All-Time,’ as lots of people like to call it. Yeah, it’s special”.

He concludes that Platinum is aware its previous titles have been critically praised but failed to sell big numbers, and this is something they want to change.

“One of the things that they had asked was … they make these games that are 90-rated; they’re awesome games. But they’ve struggled to sell huge quantities worldwide,” Lobb said. “And they’re very self-aware. They understand that this is a mixture of good marketing, good PR, but also their understanding of the western audience.”

Perhaps we’ll see and hear more on Scalebound at E3 in June.