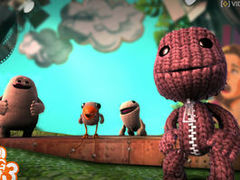 A video comparing the PS4 and PS3 versions of LittleBigPlanet 3 has emerged online.

Uploaded by YouTube user EpicLBPTime, the video highlights the differences between the current and last-gen versions, revealing the improved character models and higher resolution textures found in the PS4 release.

The PS4 version also appears to render at a higher resolution than the PS3 version – presumably at the targeted 1080p.

Besides the noticeable differences in character models and resolution, though, the PS3 version seems to do a fairly good job of standing up to the current-gen game, with lighting appearing similar across both versions.

The footage is said to have been taken from the closed beta.

LittleBigPlanet 3 launches on PS4 and PS3 on November 28.