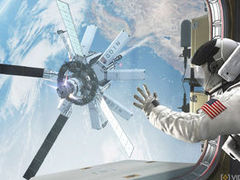 Rumour: New Call of Duty to be revealed before next Tuesday

The new Call of Duty will be revealed on or before next Tuesday, May 3, according to an alleged retailer document posted by games critic Jim Sterling.

The document (pictured above) reveals that marketing for the new game will appear in store next Tuesday, replacing the current header boards for Star Fox Zero. It isn’t clear which retailer the documents originate from.

While Activision has yet to formally reveal this year’s Call of Duty, we do know that it’s being developed by Ghosts and Modern Warfare developer Infinity Ward. Previous Call of Duty games have typically been revealed on May 1, with last year’s Black Ops 3 announced even earlier on April 9.

We ran a breakdown of Call of Duty’s recent reveal timelines yesterday, speculating that the new game could be revealed within the next couple of weeks.

The game is rumoured to be set in space in the distant future.