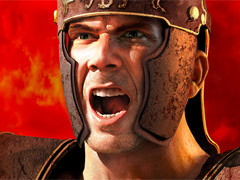 The port is being handled by UK team Feral Interactive.

“ROME: Total War is still one of our most critically acclaimed Total War titles to date and a firm fan favourite,” said Total War brand director Rob Bartholomew. “We are thrilled to work closely with Feral on the iPad release and excited that players will get to experience ROME: Total War on a whole new platform for the first time.”

The game will be compatible with first generation iPad Air and iPad mini 2 models or better, with the Barbarian Invasion and Alexander expansion packs also set to be released separately at a later date.

For the first look, check out the trailer below.