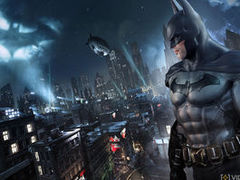 While the date could be placeholder, the retailer has previously leaked info ahead of official announcement before, suggesting it could be privy to some inside knowledge.

Back in June, Base listed a PS4 and Xbox One remaster of Skyrim ahead of an official reveal from Bethesda one week later.

The date also ties in with a report posted last month which claimed that the game had been delayed until November at the earliest. It had previously been due to release in July, but was delayed “to give the team at Virtuous Games additional time to deliver a polished Batman Arkham game experience”.

Batman: Return to Arkham includes the original Batman: Arkham Asylum and sequel Batman: Arkham City remastered for PS4 and Xbox One. Warner Bros has yet to announce a revised release window.