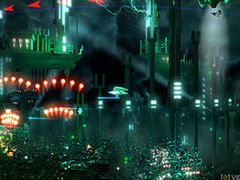 Housemarue’s addictive PS4 bullet-hell Resogun is set to get its first batch of DLC in the form of Heroes.

The DLC will come with two new modes as well as a patch. Only one of the modes was officially announced by IGN, which will be Survival, which comes with some new gameplay modes and a new soundtrack to boot. The details of the patch were also kept under wraps.

Details on a release date and price for Heroes also remain scarce, so stay tuned to VideoGamer for more news in the near future.