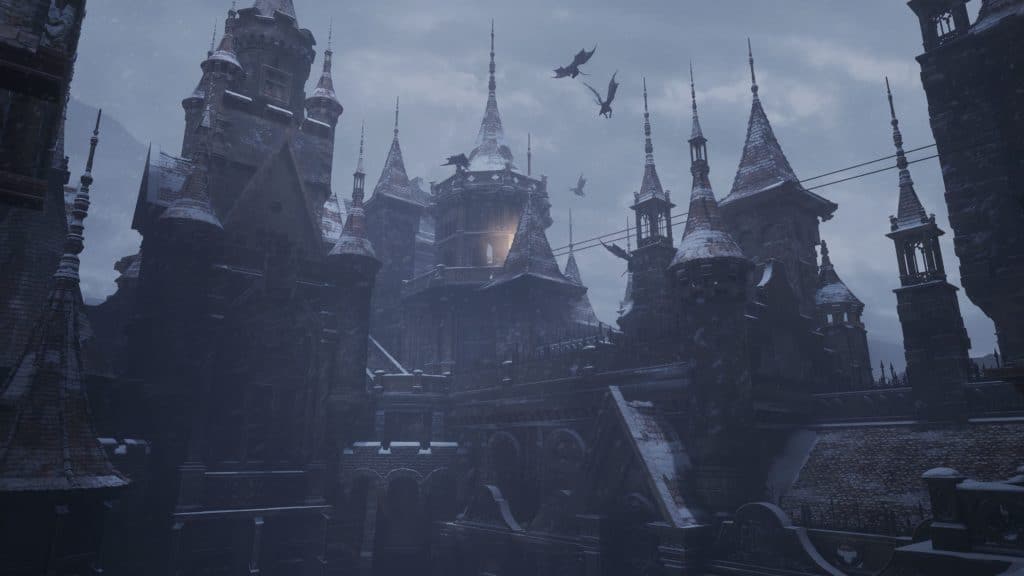 Capcom has released a new trailer for Resident Evil Village to mark the launch of the timed-PlayStation exclusive Castle demo this weekend, giving us another peek into the story of next month's title.

Opening up with some folklore, it doesn't take long for things to go awry, with Chris putting a rather permanent end to protagonist Ethan and Mia's storytime before he takes your daughter Rose. Has Chris turned to the dark side? We've still got a few weeks to find out. The trailer then segues into more of the game, sountracked by Grammy nominated artist Giveon.

In case you missed the details from the earlier Village demo last weekend (and we can't blame you) you'll be able to use the same client or download the demo this weekend to play 30 minutes in the Castle portion of the game from 6pm UK time on April 25 for approximately 8 hours on PlayStation 4 and PlayStation 5.

Then, next weekend you'll get to play both the Village and Castle sections together for a 60 minute period in the demo which will also be available on Xbox Series X|S, Xbox One, PlayStation 4, PlayStation 5 and PC for a 24 hour window that kicks off from May 2 at around 1am UK time.

Finally, the full Resident Evil Village game itself launches the week after on May 7 on those platforms, which will hopefully answer some of the questions in today's trailer which you can see below.