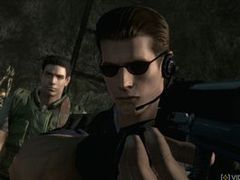 Resident Evil producer Hiroyuki Kobayashi has a message for fans

In the video, Kobayashi discusses his perspective on the past 20 years of Resident Evil, from his work on the PlayStation original to the present, before ending with a message to fans.

“Resident evil came out on March 22, 1996,” he said. “I never thought I’d still be working on the series 20 years later. We owe the global success of the series to you, our incredible fans.

“Each title in the series has its own tone, and while people may like one over another, the creative teams are just as passionate no matter which title. So if you’re a Resident Evil fan but there are titles in the series you’ve not played, I would love it if you’d take the time to check them out. Hopefully the 20th anniversary will give you a chance to think about the whole series. Thank you and I look forward to your continued support of Resident Evil!”