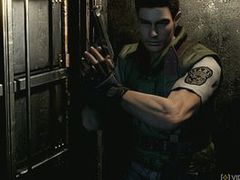 Pre-orders for next year’s Resident Evil Origins Collection are performing above Capcom’s expectations, the publisher has revealed.

The collection bundles this year’s Resident Evil HD with the upcoming remake of Resident Evil 0 on a physical disc, and is due for release on PS4, Xbox One and PC in early 2016.

“We are very happy regarding the Resident Evil Origins Collection pre-order numbers – they are performing above our expectations,” marketing director Antoine Molant told MCV. “While most of the pre-order efforts on the publisher side are usually focused around new, triple-A releases, this confirms to us that ultimately it is mostly driven by players. If you have a game they want to play, regardless of the price point, whether it is a brand new game or a remaster, the players will create the demand.”

Capcom has already released multiple current-gen remasters of its older games, including a digital release of Resident Evil, which has since sold over a million copies, plus Devil May Cry 4 and DmC: Devil May Cry.

Resident Evil Origins Collection launches on PS4, Xbox One and PC on January 22 for around £24.99. A standalone release date for Resident Evil 0 HD, meanwhile, has yet to be confirmed.

A completely remade version of Resident Evil 2 is also due for release at some point in the future.