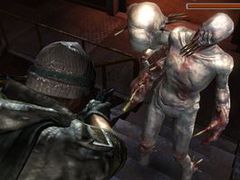 Free downloadable demos of Resident Evil Revelations and Cooking Mama 4 will be available from the Nintendo eShop tomorrow, Nintendo has announced.

Resident Evil Revelations has been created to take advantage of the Nintendo 3DS and is compatible with the new Circle Pad Pro, which enables twin stick gaming. The full game launches on January 27.

Cooking Mama 4 is the Mama’s first appearance on the 3D handheld, having already cooked up a storm on DS and Wii. Download the demo to join Mama in full 3D and decorate the kitchen before cooking in ways you’ve never experienced before.

Additionally, Nintendo has announced that three more demos will be coming to the eShop in the coming weeks. Look out for samplers of Metal Gear Solid: Snake Eater 3D, Mario & Sonic at the London 2012 Olympic Games and Rhythm Thief & the Emperor’s Treasure.