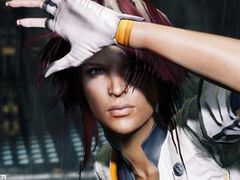 UPDATE: Dontnot has not filed for bankruptcy, CEO Oskar Guilbert has clarified, but instead entered judicial reorganisation.

“There are some rumours about the bankruptcy of Dontnodm” Guilbert told GamesIndustry International. “There is no bankruptcy, Dontnod is not in bankruptcy.

Guilbert adds that the developer is close to signing a new project with “one of the top publishers”, although cannot announce any further details. His comments also suggest that some staff at the studio may have been laid off.

“I cannot say that we have no financial difficulties,” he added, “we have some, but I think that now they are behind us, not in front of us.”

ORIGINAL REPORT: Remember Me developer Dontnod has filed for bankruptcy, according to online reports.

Gamasutra spotted various reports from French media this morning citing the developer’s filing, along with a note on legal website Societe that suggests the firm brought in the administrators on January 28.

Dontnod was formed in 2008 and went on to develop last year’s disappointing Remember Me in partnership with Capcom. The developer had yet to announce any future projects.