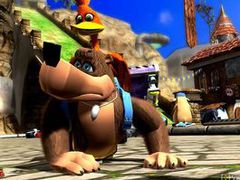 Almost 50GB of storage space will be required to install all 30 games included on next month’s Xbox One compilation Rare Replay, Microsoft has revealed.

According to the Xbox Store, the initial install (which accounts for every game included in the collection prior to Xbox 360) will require 11.26GB, with the 360 games requiring a further 38GB.

The 360 games can be installed and uninstalled separately, however, the store suggests.

The Limited Edition comes with the same Battletoads t-shirt worn by Phil Spencer during Microsoft’s Windows 10 event earlier this year.