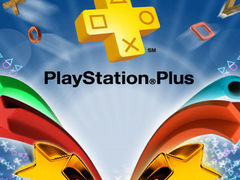 PlayStation Plus will launch for PS Vita on November 21, priced £39.99 a year, Sony Computer Entertainment Europe has announced.

The good news is that existing PS Plus members on PS3 can enjoy the benefits of PS Plus on Vita at no extra cost.

On Vita PS Plus provides 1GB of online storage – in addition to the 1GB currently offered on PS3 – and automatic updating. These features will be implemented as part of the v2.00 update.

Sony is really delivering on the free games front, offering four titles at no cost during the launch period. The headliners are Uncharted: Golden Abyss and Gravity Rush, which will be joined by Chronovolt and Tales from Space: Mutant Blobs Attack. As on PS3 these titles will be updated on a regular basis, with Sony stating that PS Plus members will always have access to a minimum of 14 games a month across PS3 and Vita.

As an added launch bonus, Sony is offering a 20 per cent discount on a range of PS Vita games for the first week following the launch of PS Plus Vita.

Titles to be included are: