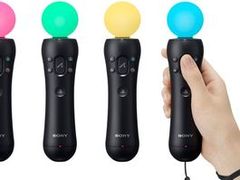 A new PlayStation ad featuring Kevin Butler, a fictional character created by Sony Computer Entertainment as part of its ‘Only Does Everything’ advertising campaign, suggests the recently announced PlayStation Move will launch during or before November 2010.

“Kevin Butler here coming to you from the future, that’s right, all the way from November 2010,” explains Butler in the ad.

He adds that one of the big events has been “the arrival of the future of gaming – PlayStation Move – which has been an incredible success”.

While fictional, it remains a Sony Computer Entertainment ad and therefore points to a release either during November or in the few months prior – Sony’s previously pointed to a Q3/Q4 launch.

Sony, through butler, also criticised Microsoft’s upcoming Natal controller for not having any buttons.

“Plus PlayStation move is not only crazy precise, it’s also got what we in the future to call buttons, which turn out to be pretty important to those handfuls of millions of people who enjoy playing shooters, platformers… well anything that doesn’t involve catching a big red ball,” said Butler. “Who wants to pretend their hand is a gun? What is this, third grade?”