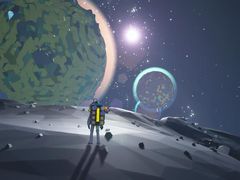 Astroneer, the rather great looking space exploration game from System Era Softworks, will launch this December for Steam Early Access and Xbox Game Preview for Xbox One.

Humanity has recently gained the ability to travel between the stars, prompting a gold rush in space. You play an Astroneer who must adventure into these new worlds seeking fortunes. To be successful you’ll need to build thriving bases, discover valuable resources, and uncover exotic and mysterious artifacts.

Each procedurally generated world you explore can be shaped by your tools. Dig, sculpt and build on every inch of the planet, even creating vast underground tunnels or huge structures on the surface.

Unlike another recent procedural space exploration title, Astroneer will support online co-up for up to four players, meaning you can explore and create with friends.

Be aware that the Xbox One version will be in an early stage of development and as such is a work in progress whilst part of the Game Preview program. 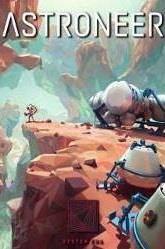