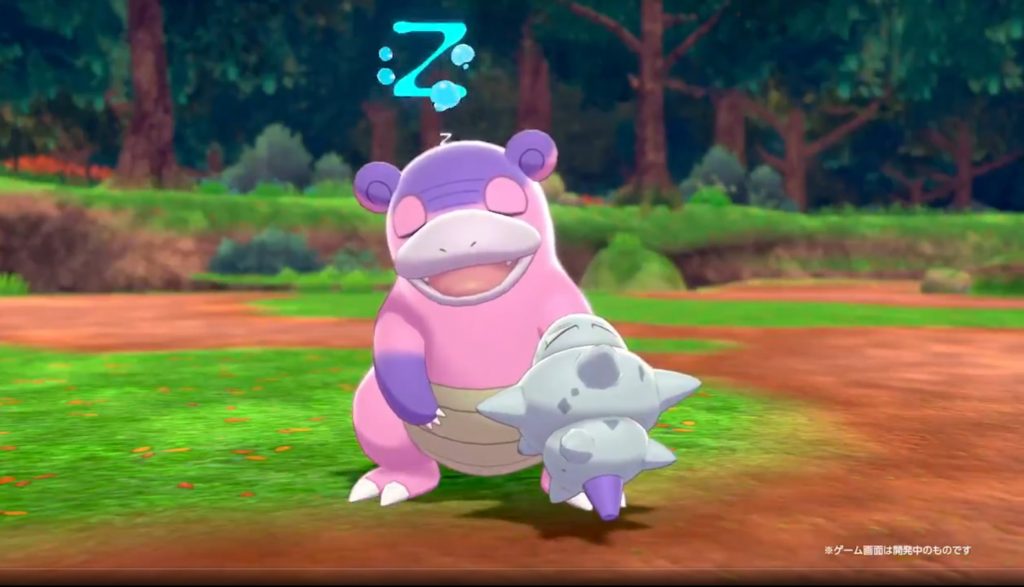 The new story takes the Galar Champion to the Isle of Armor, where new and legacy Pokémon not seen in the game’s main region roam the land. The Dojo is its star attraction, and it is here where the player will meet Mustard, a wizened Trainer with his own Legendary, Kubfu. Once they have proven their strength, Mustard will gift his Kubfu to the player, and the Pokémon will be able to evolve into two different forms of Urshifu.

In addition, the player’s starter Pokémon will be granted their own unique Gigantamax form. Inteleon’s G-Max move is Hydrosnipe, Cinderace’s is Fireball, and Rillaboom’s is Drum Solo, and all three moves ignore the opposing Pokémon’s ability.

The trailer also gave us our first look at Galarian Slowbro, with purple face paint and a powerful shell attached to one of its limbs. This little critter is Poison and Psychic Type, reflecting the two new rivals who will challenge Sword and Shield players respectively.

Pokémon Sword & Shield is out now for Nintendo Switch. Watch the new trailer below.