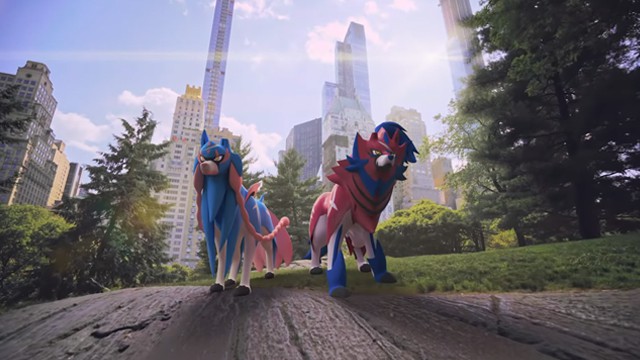 Developer Niantic has announced that mobile title Pokémon Go will be welcoming monsters from the series’ most recent entry Pokémon Sword and Shield later this month.

Their arrival (spotted by Eurogamer) is the latest in a series of events marking Pokémon Go‘s fifth anniversary and follows on from the annual Pokémon Go Fest 2021. During that event, a mischievous Hoopla has been opening portals across the world allowing new Pokémon through.

From August 20, players will be able to catch Greedent, Wooloo, Dubwool, Skwovet and Falinks or find them in eggs. Some existing Galarian variants of older Pokémon that were already in the game will also have their spawns increased.  Then, on August 20 and August 26 raid battles will feature Sword and Shield’s legendary monsters Zacian and Zamazenta.

You can check out a trailer for the Pokémon Sword and Shield creatures’ arrival in Pokémon Go below. You can also find the full information on the upcoming events including timings for the raids over on the game’s official website.

Earlier this year, developer Niantic showcased a new proof-of-concept demo showcasing what Pokémon GO might look like on mixed-reality systems such as the Microsoft HoloLens. The studio is also currently working on a Pikmin mobile game for Nintendo.

Pokémon GO is available now on iOS and Android.